Seems like mother nature has it in for us here on the Copper River.  The first commercial fishing opener of the season and is 12 hours long, from 7 AM to 7 PM tomorrow, May 16, 2013.   Seems like that is the exact time the weather is supposed to turn to be UGLY.  The 4PM NOAA Marine weather update for the Copper River area, which is Cape Suckling to Gore Point,is as follows:  Gale Warning. SE wind 30 kt increasing to 40 kt by midday. Seas 14 ft.  Well, that’s one way to kick off the season.  Let’s hope there is some fish out there to make it all worth it!

Oh well, guys are all a buzz getting ready anyhow.  There was a line up at the fuel dock, the boat launch, the cannery where guys ice up, the grocery store, the gear store: Even a line up at the phone company hooking up last minute local cell phones. Amidst all the scurry,  some are still scrambling to get their nets on, their boats in the water, fueled up, iced up and psyched up!  I went down to the harbor a little while ago and it was still full! You’d never even know there’s going to be an opener tomorrow.  But they are starting to dribble out.  High water is a 6PM today, a good time to leave.  I don’t blame them either with that forecast. I wouldn’t want to be out there any longer than I had to either.  A few fishermen said they will probably get up early and take a look and if its too bad out, go back to bed.  They all say this but they always end up going.

Good luck out there and stay safe! 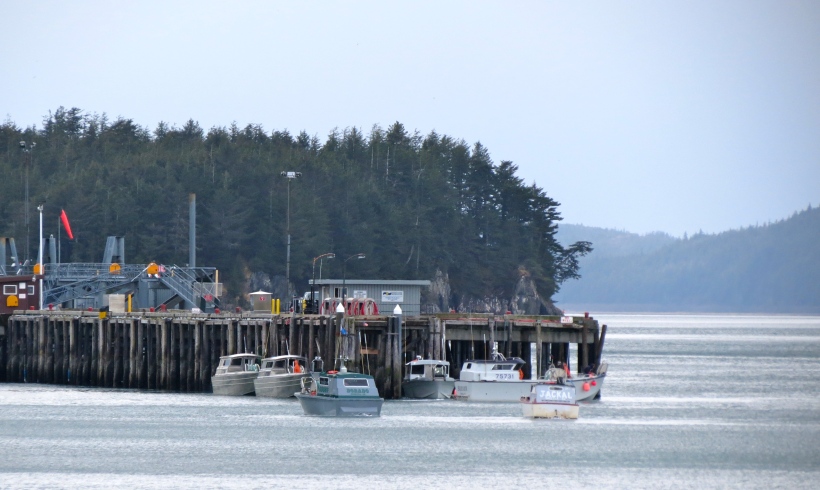 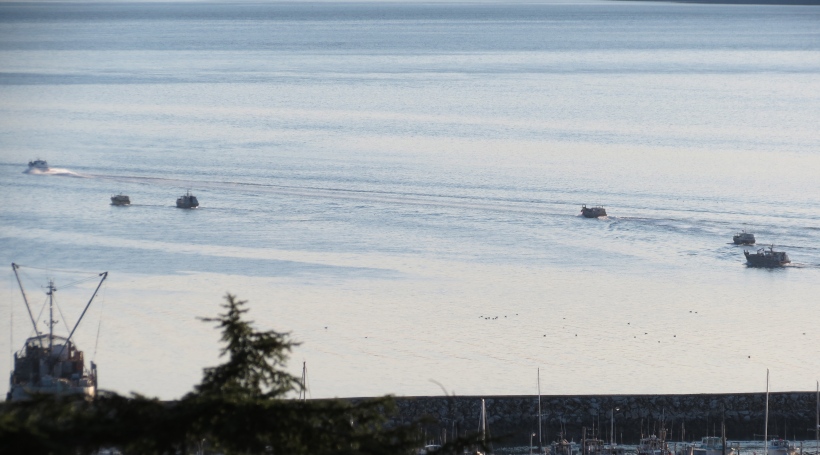 Heading out to the fishing grounds. 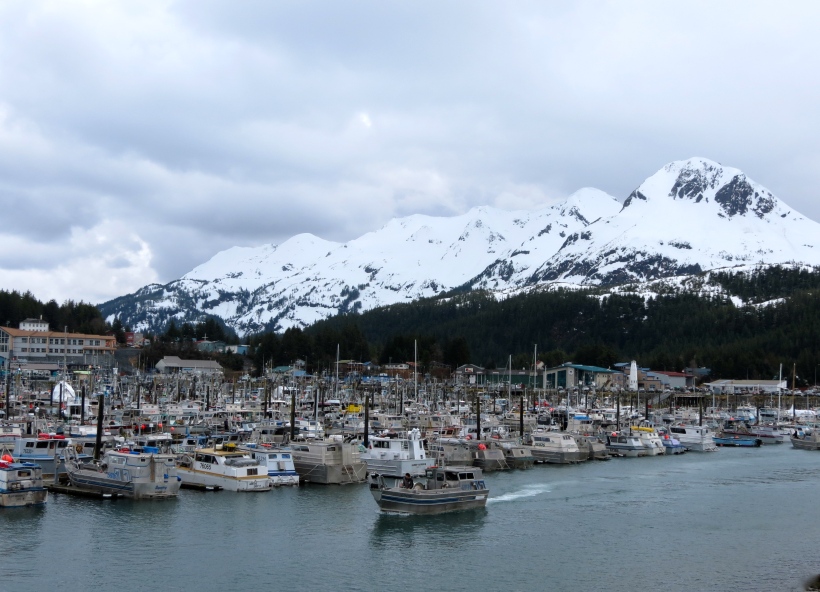 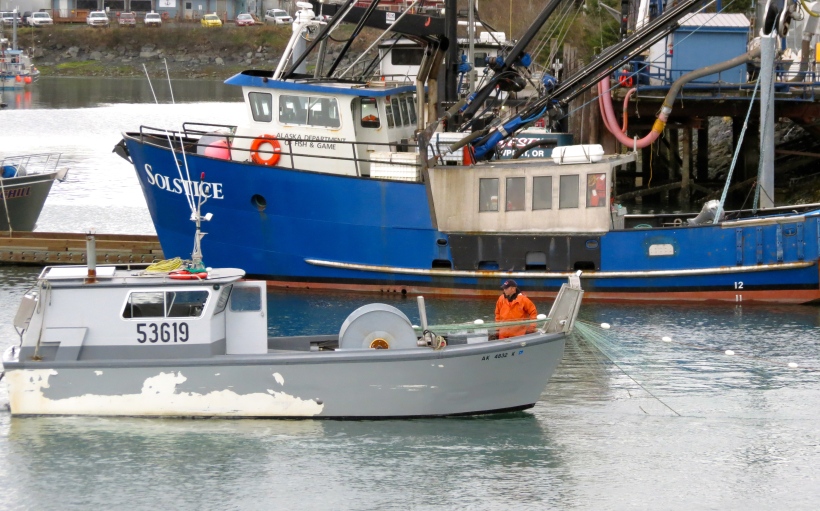 Drumming the net on board.

Introduction Jen Pickett is a freelance writer, poet, and commercial fisherman. She has spent nearly two decades in Alaska’s commercial fishing industry. Starting as crew, she’s worked seiners, gill netters and long liners, to name a few. She’s fished Alaska’s waters for herring, salmon, and halibut from Southeast to Bristol Bay and most places in between. At 28 she became one of the few women to own and operate her boat on one of Alaska’s most dangerous waters, the Copper River Flats. She fished alone for the famous Copper River Kings and Reds. Encountering storms, breakers, broken-down equipment, ripped up nets, exhaustion, whales, sharks, close-calls with giant cruise ships and many other near misses, all became the norm aboard her 28’ boat. After 5 seasons of this nonsense the state of Alaska started handing out grant money to retrain fishermen. She sold out, packed up and moved to the big city, Anchorage. A few years later, and a few degrees she only fell off the wagon and went fishing once. However, the pull of the ocean proved to be too strong and she fell off the wagon and is once again fishing, but this time with a purpose, to write a book about it.